A High-Stakes Game of Semantics

In a New York courtroom on Wednesday afternoon, FanDuel and DraftKings faced off against the New York Attorney General in a high-stakes game of semantics. The prize at stake? The right to run DFS contests in the state of New York.

Anyone unfamiliar with this particular legal battle might be forgiven for asking ‘why?’. Why would this particular squabble require legal determination? Why would the Attorney General take umbrage with a hobby that thousands of New Yorkers enjoy? And why on earth would a blanket DFS ban be the only solution to any perceived problem? 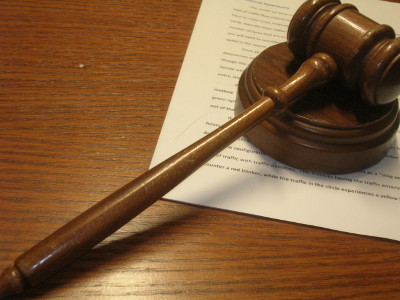 It would be ostrich-like to deny that Daily Fantasy Sports will provide some addicts with unhealthy temptation. However, the problem with provocatively vivid addiction stories like the one published in the New York Times this week is that they promote base-rate neglect - ignoring the stats in favour of more compelling rare cases.

In the same way that a plane crash is so uncommon that every such incident instantly becomes headline news, giving disproportionate coverage to the few for whom DFS is unhealthy overlooks the fact that for the overwhelming majority, it simply isn’t. Planes touching down without incident are so commonplace that they don’t get any headlines. DFS players enjoying a perfectly healthy pastime is the norm - only, these stories don’t provoke any emotion in readers, so they don’t get reported.

A Sensible Approach to DFS?

In the UK, where SuperLobby is based, we have comparatively liberal laws when it comes to wagering money on future outcomes. Fantasy sports, online poker, and sports betting are legal, and operators are required to promote ‘responsible gambling’ guidance for participants. In much the same way that alcoholic beverages and cigarette packaging are stamped with advice for those susceptible to over-indulgence, the ultimate responsibility for an individual’s actions lies with the individual.

Preventing potential problems for the few by simply denying the whole population access is an alien concept this side of the pond. The default position is that individuals are ‘opted out’. Creating and funding an account is ‘opting in’ - which all adults are free to do. And if they suspect that they are over-indulging in an unhealthy habit, then they can simply ‘opt-out’ once again, by emailing the site and requesting a self-ban. Maybe we are biased, but that approach seems rather sensible.

That is not to appear unsympathetic towards addicts. Those for whom DFS is a problem should be offered unlimited support and rehabilitation. Sites have a responsibility to ensure that their offering is fun, and for the small percentage that suffer at the hands of DFS addiction, everything in the operator’s power must be done to support them.

To this end, the regulations in Massachusetts that require DFS operators to promote responsible participation are not perfect, but they are sensible. Regulators and operators working together to mitigate the risk of addiction allows the majority to enjoy a harmless hobby.

Emotive topics such as addiction can make reasonable debate difficult, and the New York saga is proving this point. When the case for banning DFS hinges on statements such as:

‘DraftKings DFS contests are neither harmless nor victimless. Daily Fantasy Sports are creating the same public health and economic concerns as other forms of gambling, including addiction’, then it is clear that measured, respectful conversation is nothing but a pipedream.

It is an alarming accusation, akin to saying ‘shops selling alcohol increases the likelihood of alcoholism’. Of course it does - but those instances account for a tiny fraction of the total, and alcohol provides nothing more serious than a slightly lighter wallet and an occasional headache for the overwhelming majority. 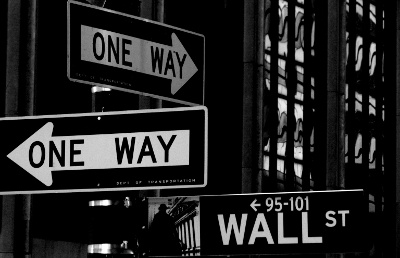 In court on Thursday, the judge made an interesting remark: ‘the fact is that you need skill to pick the players but you're relying on someone else's skill to play the game.’ This is true of almost any walk of life, yet appeared to be to denigrate the validity of the operators’ ‘skill game’ argument.

A trader buys Apple stock if he believes that it is under-priced. That is the extent of the trader’s involvement. He is, of course, banking on the ability of the Apple staff to increase the company’s value in the future. That is uncertain, and from the trader’s position, uncontrollable. By any reasonable definition, the trader is using his skill to pick the players, yet relying on the skill of these players to play the game.

The owner of Company X uses her skill to hire employees, then banks on the employees to add value. The wager is the sum of the employee’s salary, and the potential winnings are the indeterminate value that the employee may bring. A hands-on owner may be able to influence the employee’s output, but a hands-off one won’t. The owner is making an informed prediction on a future outcome with imperfect information.

The ‘DFS creates addiction’ and the ‘skill of others determines the outcome’ arguments appear to be deeply flawed to this (admittedly biased) writer. With the judge electing to postpone his ruling - it will come ‘very soon’ - the DFS industry is feverishly hoping for common sense to prevail.

Like it or not, New York is an influential state, and whatever the outcome it will likely be a lead domino. That is to say, other states will probably follow New York’s lead and base their DFS judgements according to its ruling. That being the case, a lot more than the future of DFS in a single state is at stake. No doubt the New York AG would say that FanDuel and DraftKings are gambling on a favourable outcome with imperfect information - whereas the sites would call it a calculated, skill-based decision.

Sign up for bonus offers and the latest DFS info